Tokyo Twilight Ghost Hunters could look like a visual novel with beautiful draws and interesting animations, but there is more than this. I have to say that Tokyo Twilight is a very pleasant surprise in these years, where Dark JRPGs are very rare. Behind the visual novel facade lies an interesting JRPG with a completely innovative system and a set of creepy and well designed enemies.

The plot of Tokyo Twilight is focused on modern day ghost hunters, who relay on technology and science to exorcise the spirits. The environment and the lore is very believable, trying to provide scientific explanations on what the ghosts are. For example, ghosts emit positive electrical charges, for this reason iron and salt are effective against them, or how the sewers are not only dumping away human wastes, but also their negative feeling, creating a sort of underground ghost highway. Everything helps to create a believable modern tale around ghosts.

The protagonist is a high-school student with the gift of seeing ghosts, who will become part of an independent and underground ghost hunting agency. The plot evolves along several chapters, each one with a different case to investigate and a main ghost to exorcise. The chapters are quiet independent between each other and are integrated like the episodes of a serie. Each chapter has also a specific theme and a name, usually associated to rock songs such as “Stairway to Heaven” or a classic “Highway to Hell”. There are also alternative routes and party characters that could be missed permanently, if the wrong choices are made in an episode.

The game is a well balanced mix between visual novel and JRPG. The visual novel aspect is integrated in the daily tasks of the ghost hunting association Interacting with characters is due through an alternative visual novel mechanic and it is used to deliver the plot. The combat elements are instead based on an innovative and bizarre JRPG system, combining good planning, guessing, and skills.

The graphic of the game is really well done, with gorgeous hand-drawn characters and enemies. The backgrounds are instead made with blurred real pictures, which low down a bit the sense of immersion. The main hub of the game is the office of an occult journal, which is brilliant for details and care. New characters and items will become part of the environment, while progressing in the game, creating a vibrant and alive location.

The creatures design is simply great. It was not an easy task to made a game based only on ghosts without going repetitive, but luckily Tokyo Twilight succeeded in creating a deep and variegated bestiary. The ghosts are very different, principally divided into dead humans and creatures, or object possessed by an entity. Each ghost is not a simple deceased version of what was in life, but something more twisted, eerie and bizarre. A doctor has his body composed by radiographs, while a truck has a huge scorpion-like tail that ends up in a creepy hand. The enemies are also very peculiar in battle, both for attacks and behaviours. Ghosts can travel through water or electrical plugs, giving an unexpected twist to each battle. Status effects are quiet common, many ghosts are able for example to poison the player or to totally terrify the characters, with terrible penalties. If you want to see more ghosts, you can check my previous article: The Creepy Ghosts of Tokyo Twilight — Surreal and Creepy. 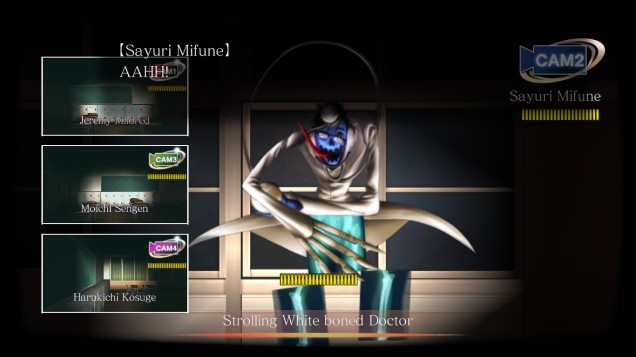 The battle system is really innovative and interesting, but it will need time to be truly mastered. Before trying to exorcise a ghost, a planning phase can be used to place different kinds of traps in the map. Salt can be used to block the way of a ghost trying to imprison it, while other traps will attract or inflict status to the enemies. After that, the action phase will play directly on a minimal tablet-like interface. The party members can attack, move or use special abilities by consuming AP points. The more the APs, the more the actions that a character can manage each turn. The most difficult task during the exorcism phase is to understand where the ghost could be, since they are invisible entities for most of the time. On the planning map, red “X” would mark the possible positions of the ghost, but it is not a guaranteed hit. It is up to the player to remember the places where the ghost could be, and to check them during the action phase. Even after being identified, a ghost will move each turn on a possible pattern, continuing the “guessing where the ghost is” game. Lot of time you will stare at your team missing all the planned attacks because the ghost moved exactly in the only possible square that was not covered by your planning. This could be frustrating also because each battle has a maximum number of turns (or minutes) to be completed, and usually the number is very tight. Wasting a complete turn for a random evasion could be tragic, since passing the deadline means game over. 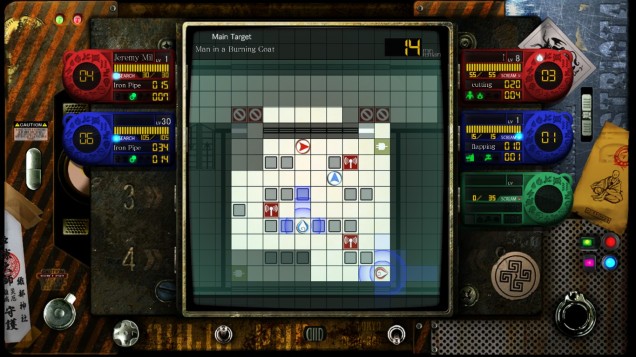 The game is difficult and challenging, both for the complex mechanics and the strength of the bosses. However, with time, the game can be mastered, understanding how ghosts will move and unlocking new skills and APs to help in the battle. The ghosts can also drop new weapons and armours, which would change a lot the possibility of success in battle.

Between the visual novel phases and the exorcism of the main ghosts, the player can also access to secondary quests through the website of the agency. These secondary missions are battles against other ghosts, which can be variable for difficulty, time limit and location. More than quests, these are the equivalent of random encounters and are useful to level up and collect money and items. It is also fascinating to do secondary quests just to face and discover new ghosts, which will update the “Ghostpedia”. Honestly, I was so into facing new ghosts that for almost all the game I was over-levelled, without having to rely on traps to defeat the main bosses.

The plot is delivered instead through a classic visual novel system, but with a twist. The choice system is delivered in an innovating and peculiar way through the integration of emotion and senses. Basically, you have a first wheel to select an emotion, such sadness or friendship, using the corresponding icon. A second wheel will instead decide “how” the emotion would be expressed, with a touch or even licking, for example. This could be very cryptic, and sometimes could be very difficult to make a choice that would not end up in a very bizarre reaction. The system is however truly unique and it can be used to create funny or serious situations, since there are plenty of combination. Just imagine how the play-through could change by answering with “licking” to all the dialogues. Many important choices are also delivered through classic binary decisions. 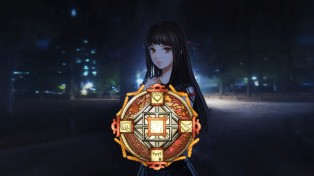 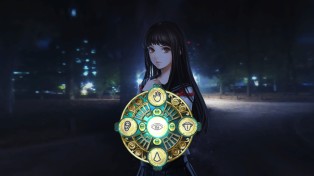 Between a chapter and the next one, there are also many activities that could be explored in the office. Different websites can be visited to buy items or to understand more about the lore. Free time could be used to do shopping or to interact with the other characters, raising your affection meter with them. Training is also a very useful alternative and can be done by selecting a partner. This could help to build up skills necessary to plan the battles and to have more rewards, but could be also further exploited to learn the battle skills of other characters.  There is also a board card game that could be played in the office against the other characters, a funny and complex alternative for a mini-game.

The are really a lot of secondary characters, each very different and interesting in battle. However, I found the majority of the characters quiet flat and easy to dislike during the dialogues, usually embracing bad stereotypes, such as the gay character who loves to remove his shirt and try to kiss the main character.

I played the STEAM version of the game and I really enjoyed it. Many people complained for the controls, but playing with a pad I found it very easy to manage. The only negative things are the Achievements, which are very funny and interesting in the VITA version, but for some reason got cut-out from the STEAM release.

Tokyo Twilight Ghost Hunters is an innovative game that mix brilliantly visual novel and JRPGs. It is a difficult game but very rewarding after being mastered, with a really interesting enemies design and a gorgeous art-style. If you want to try a different and dark JRPG on STEAM, this is one of the best alternatives right now.