When you check images of the new game from the creators of Momodora, Minoria, you see an interesting aesthetic full of cute characters, like a modern fairytale. But behind this delicate facade, Minoria touches really dark and delicate topics, from religion, to dogmas, the oppression of the weak ones and the violence against nature. The colorful aesthetic is hiding the gray moral patterns of Minoria’s plot and setting. 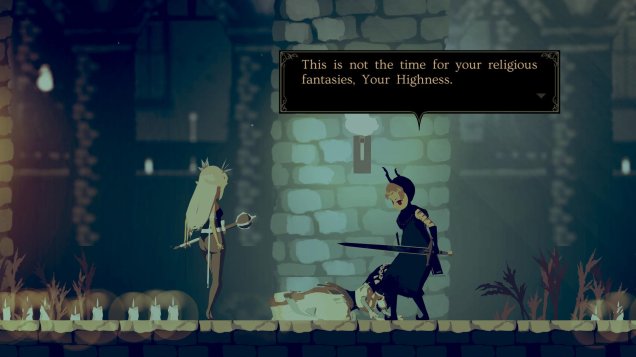 From the gameplay point of view, Minoria is a classic Metroidvania with a good RPG component. There are secrets to discover, different equipment and magics (called incenses), and also a bonus boss fight. The game is short for the genre (around 5 hours), but with 2 endings and also secret equipment unlocked when defeating a boss without getting damaged.

But the plot, the lore and the hidden layers built of small details are the most interesting side of Minoria. In the world of Minoria, an unforgiving Catholic Church is using the Inquisition to hunt for witches, powerful beings in contact with nature. If this is not dark enough, behind the fairytale facade of the art-style, the dark core of Minoria will slowly and subtly appear. First, it will be the dead bodies lying in the background, then it is the turn of lore books with really disturbing details. 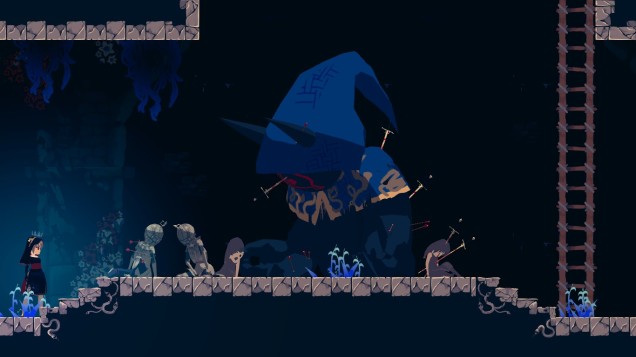 It will soon be clear through notes and books that the silent protagonist was brainwashed to become an inquisitor. A weapon without a morality ready to kill whoever is judged by the Church. The Church is also a rotten and corrupted organization. For example, the Saints in this world are members of the clergy who now live isolated from the world, surrounded by extreme wealth and pleasures. If games like Blasphemous use the horror of religions and Inquisition in a very direct way, in Minoria everything is more subtle, the grayness is hidden in few lines of dialogue, or in the backgrounds. But the player will feel this sense of uneasiness. The lack of free will, and the absence of morality, are also translated into the gameplay. Somehow, the linearity of the game is the main responsible of creating those chains. While killing witches, you will soon realize that they are not that evil, but, anyway, you cannot do nothing other than killing them.

This is really evident while fighting a couple of specific bosses. When they will be at low health, they will stop fighting, dragging around the arena while cursing you. They are already defeated and deadly wounded, but you have no alternative than keep on fighting. There is no way to have pity for the boss. The main character cannot fight the orders of the Church, as well as the player cannot break the linearity of the game. But you would like to do that, to find a way to avoid these murders. The linearity of the game is making you question your morality. Why cannot stop? Why cannot avoid to kill this character? But you character is only a brainwashed gear of a bloodthirsty machinery, so you just keep on fighting. Only at the very end of the game, the player will have a real decision to do. But, even in this case, the choice is reverted, and a promised happy ending will bring to even more death; and also to a final boss fight against a hopeless and powerless character. 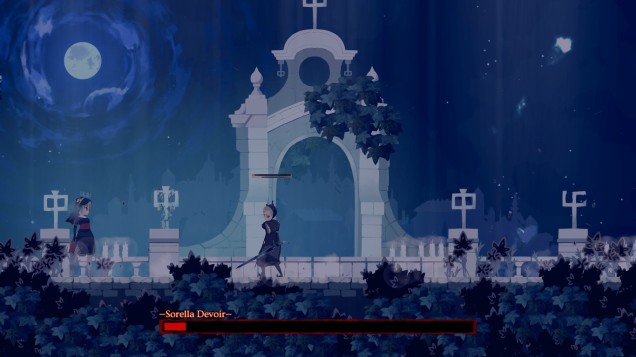 Under the main cathedral of the Order, a dark dungeon will reveal all the hidden torments caused by the Church. While fighting your way through the dungeon, you will meet skinny and traumatized prisoners who will only ask to kill them, such big is their pain. There is no reward for sparing or killing them, so also in this case the weight of your choices is meaningless, like if for the main character the life or death of another human being is totally irrelevant. This will cause a huge sense of uneasiness for the player, in a gorgeous and colorful world with fairytale-like characters, death will powerfully emerge from the background.

Also the concept of fighting against the nature will make you question your action. Some of the boss Battles are against primordial forces of nature, called Witch Deities, but is it truly necessary to destroy something so ancient? Also the main purpose of the game is to burn down a magic forest, which of course can open so many parallelism with the problems of our real world. But this is another story.

Behind all the colorful and the beauty of Minoria, a dark truth lies, a gray story where the linearity of the game will make you feel a brainwashed and blood-thirsty machine, without second thoughts for questions or pity. A deep story where nature and free will collide against dogmas and impositions.